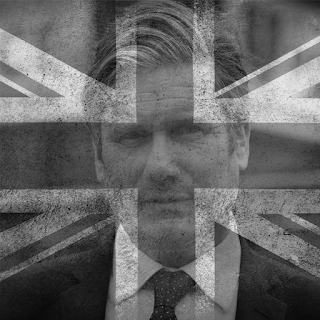 When I saw Labour narrowly win the Batley and Spen by-election, followed by Keir Starmer announcing it as a great victory for Labour and how "Labour is back", well as a Rejoiner it worried me somewhat.

If Labour start to win seats again, but before we've had a chance to force them to see sense and back Rejoining the EU, then that will embolden Keir Starmer's insistence on completely ignoring what is going on all around us for everyone from farmers to musicians, logistics companies affecting prices in the shops to touring DJs, you and I buying goods from the EU to breweries. The list is endless.  'Project Fear' was just the tip of the iceberg compared to 'Project Reality'.

We often post in groups on Facebook or on Twitter the almost daily stories of people being hurt because of Brexit, or entire sectors of industry or society.  Then we blame the 'deal' that was negotiated.  Then progress onto Boris Johnson, the tories, etc etc.

Then we rightly protest and repeat how the tories are doing nothing to help these people.  They're ignoring them!  Well, I'm sorry, but so is Keir Starmer and so is Labour!

Keir, every day that you do, you enforce the idea that "rejoining is generations away".  Well only if you let it be, Keir!  You could force it onto the agenda right now.  But you will not.  Not only do you believe, wrongly, that die-hard Brexit voters will come back to Labour if you put a union jack hat on but you also know that you forced Labour to vote for that deal.  That terrible deal which you knew we hadn't even had the time to scrutinise even vaguely.  Your name is on that deal, which is destroying people's lives up and down our country as I type.

So I for one, cannot and will not advocate voting for you, Labour or ANY other party or politician standing at ANY public vote who will not publicly announce that they back rejoining the EU and will put it on the agenda on day one if they win.

Why mess about, tinkering around for years on end trying to maybe... maybe, equal the prosperity we had being part of the EU.  Watching endless problems emerge, some of which are simply impossible to solve, again destroying people's lives.  When the solution to ALL of it, is staring us in the face.  Rejoin. The. EU.

Only Rejoiners deserve YOUR Rejoiner vote!  I'm not waiting "generations".