August 05, 2021
A newspaper owner is sitting at a table with you, an immigrant and a full packet of biscuits.  The newspaper owner opens the pack, puts 1 biscuit in front of you, then the rest in his own pocket.  Then he whispers in your ear "careful, that immigrant wants your biscuit".  Of whom should you be careful?
You work for a sausage company for £9 per hour.  One of your co-workers earns £10 per hour, doing the same job with no differences between you.  Do you fight to get your co-worker down to £9 per hour, or to get your wage up to £10 per hour?
Obviously, you are careful of the newspaper owner and fight to get your wage put up to £10 per hour, if you have any sense, right? 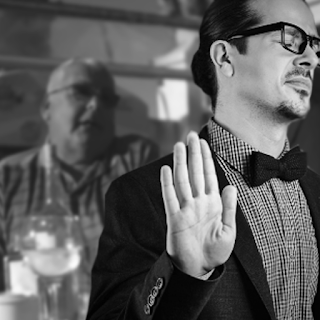 Well people don't tend to.  They look down the chain rather than up the chain.  I guess it could be 'animal instinct', you would attack or fight back against something your own size or smaller.  But are more likely to cower against something bigger than you.
A lot of people would look at immigrants doing jobs for lower wages, and blame the immigrants, rather than the people who decide how much the wage is.  Looking down rather than looking up.
Unfortunately, I believe we Re-joiners are doing the exact same thing. 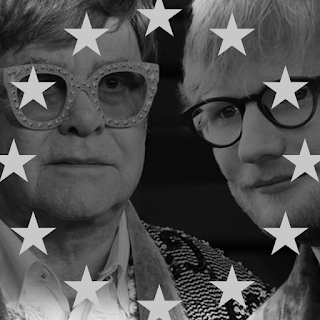 Yesterday it was announced that musicians could have (a kind of) freedom of movement so that they can still tour the EU.  (That's nonsense by the way, but I'll not go into that here).  The reaction from many Re-joiners?  They say they shouldn't have it, why are they special, etc.
You're looking in the wrong direction.  Instead of looking down at musicians for winning this (kind of) freedom of movement (not), look up at who gave them it, and demand it for yourself from those people.  You'll find, if you do this, then the people who already did, may support and help you.
And that is how the people use their power.  Joining forces, sticking together, fighting for a common cause and never giving in or letting the newspaper owner divide them.  The people FAR outnumber the people at the top.  Always remember that.
Let the musicians inspire you.  They've shown that with enough pressure, even a government with an 80 seat majority can be forced into considering your position.  In this case, the government has been forced to admit that Freedom of movement is a good thing.  Marcus Rashford achieved similar u turns.  It can be done. It just requires us to stick together, and look up, not down. 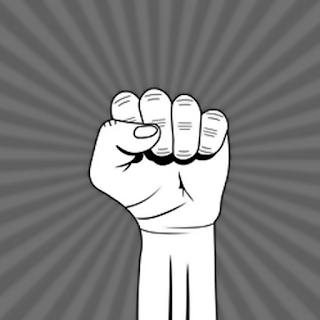 The same goes, I'm afraid, as to how Re-joiners are treating leave voters.  They were conned into voting leave.  Fed complete lies and told things would get better for them. They believed it, but things have got worse and will be worse forever, or until we Re-join the EU.
We know that, the people who conned them know that and now, slowly, they know that too.  Of course, many will never.  But that number will become overwhelmed by the rest. But those who are realising, and it is often really badly affecting their lives and/or mental health, some being brave enough to step forward and say "I think I might've been conned here".....
How are we treating these people?  We laugh at them.  Say "you won get over it" etc.  Again, you are looking down rather than up.  Look up, at the people who conned them.  And take them down.  Expose them.  So that conned, angry voters, see them taken down.  They might then help our cause.
Right now, most leave voters simply will not listen to anything a Re-joiner has to say.  Either they're still trying to desperately avoid the self-awareness that they've been conned, or they see Re-joiners treating other leave voters badly.  A leave voter might watch another leave voter who is saying that Brexit was a lie and agree. But if they see abuse directed at them they are likely to turn away both physically and mentally. You’ve lost them then.
Leave voters are FAR more likely to listen to and take on board what a regretful leave voter has to say, rather than you or me.  But if they then notice the Re-joiners comments and a thousand laughing emojis on the post, do you honestly expect them to get behind our cause?  If you do, can I have some of what you're taking please?
Obviously, they will not. 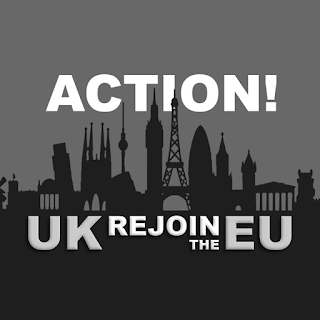 I want to re-join the EU.  Do you?  If so, simple maths tells us that in a referendum to re-join the EU, many, many regretful leave voters must be brought over to our community and vote with us in that referendum.  That's a fact.  It's maths.  So you, I, we all, have to stop looking down and look up at who's in charge.
Boris Johnson keeps saying he is going to unite our country.  What an utter joke.  Only one thing unites this country.  We were all conned, by him and Nigel Farage.  Let's genuinely take back control.
Stick together.  One common cause.  Take regretful leave voters under our wing and take them with us on the road to rejoin.  It works.  Look at what musicians have achieved in 6 months.  If we do that, the road will be shorter, and easier to drive.
It'll still be an uphill road.  But that's good, it's easier to look up when going uphill.
By Peter Corr, Friday 6th August 2021.