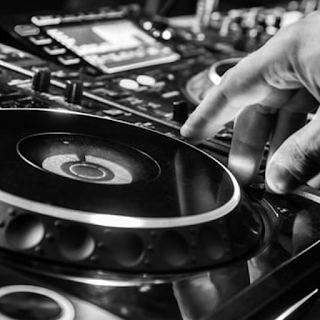 Have you been listening to your favourite DJs play your favourite music since back when you
can remember?  Where every set has a memory of some sort attached to it.  To the point where it's inspired you so much you've just bought your own set of decks.
The plan in your own head being to learn your craft for a couple of years.  Hours practice each day and endless money into the download sites or record shops to build your record collection and own sound.  Then maybe you can get some gigs.  Probably not paid at first.  In your local, then surrounding areas.  Then around the UK.  Building up to the dream of your first "European tour", booked in smallish clubs all around Europe.
You'll not earn much, but what an amazing experience.  What an exciting way to get your name out there.  The way many of the biggest and best artists over time have achieved their dreams!
Well, that's over.  Brexit means we are no longer part of the single market and we can no longer cross any EU border to work without work permits, which costs an amount of money per country.  Between £30-£60 depending on the country and various measures needed now we are a 'third country' to the EU.  An average of £40 per country if you were to tour all of them.
£30 is often at best the profit to the DJ per country on a EU tour, after expenses, never-mind £60.  If you were to do a tour of 10 EU countries, that will cost you on your expenses as a DJ an extra £400 (on average).  That not only would wipe out the profit of an up and coming DJ, it would put you in the red.  You would be paying for the experience.  Maybe you have the money and think it's worth paying to get your name out there.  Great.  But many, most, do not have that money.  This means DJs will get their name out there depending on how much money they have, rather than how much talent they have.
The venues will not pay the extra Brexit costs.  The DJs (mostly) cannot afford the extra Brexit costs.  So to me, there are 2 solutions then. 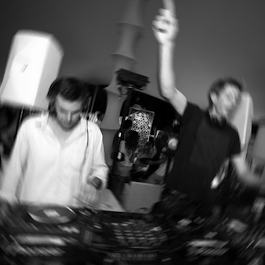 1.  The ticket prices and/or drink prices go up in the venues to pay the extra Brexit costs.  Pretty much any venue owner will tell you that is already an extremely fine balance, even without factoring in Covid-19 and the devastating effects it's had on the industry over the last year and a half.
2.  We wait for the UK to Re-join the EU, which eliminates the problem and puts us back to how we were, where thousands of up and coming DJs have enjoyed access to a continent of faces craving their selections for decades.
There was a third solution, to negotiate a deal with the EU where touring artists would be allowed to travel and entertain without visas, despite Brexit.  It was an offer made by the EU.  But the UK's government decided to not allow this as part of its Brexit deal, leaving DJs (and many other kinds of artists and workers in all industries) in the dark ages, where you get to show the world your art... but only if you're rich!
Having been a DJ myself for the best part of 2 decades, I find the whole thing just extremely sad.  I don't get what our country is supposed to get out of Brexit, unless you care about nationalism and all that rubbish.  So when I see the things we are all losing for it, whether we voted for it or not, many things hidden and small things to most people, such as what is happening to my beloved DJ culture, I just ask - is it really worth it?  I think, not.
By Peter Corr, Saturday 3rd July 2021.